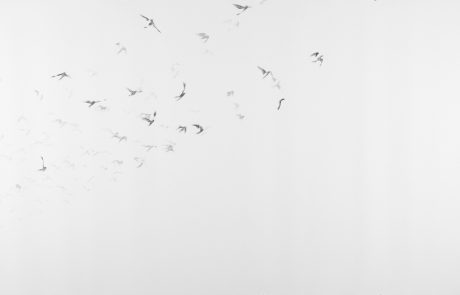 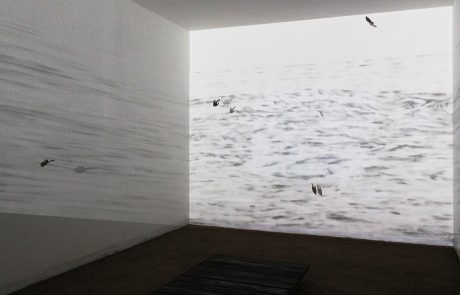 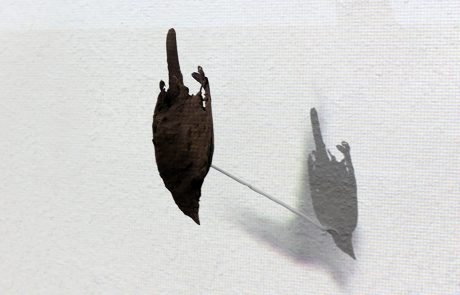 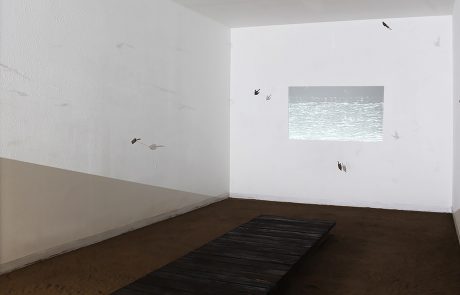 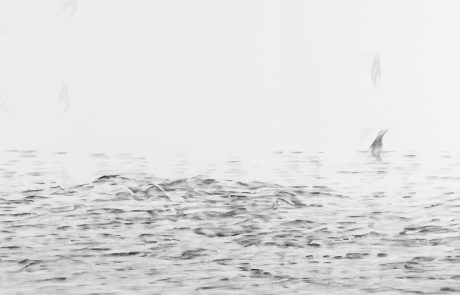 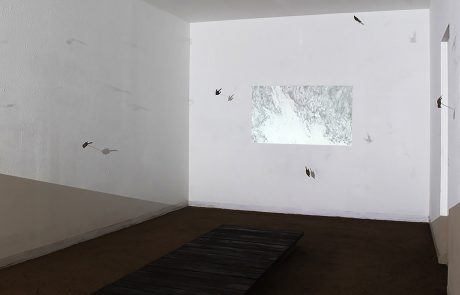 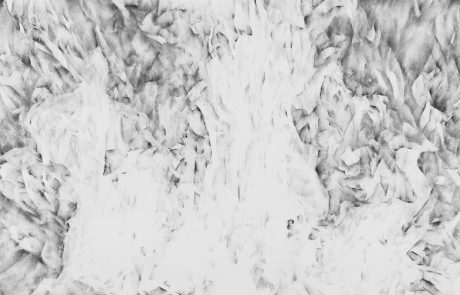 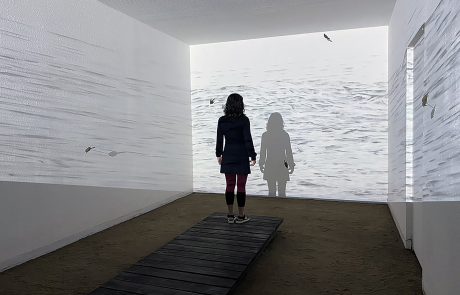 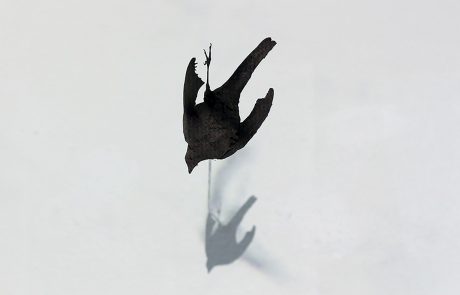 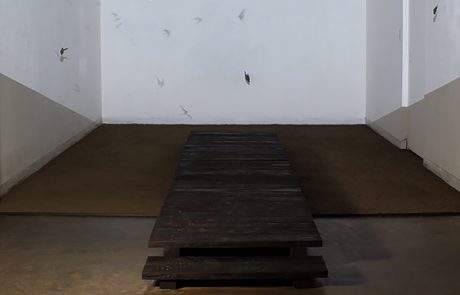 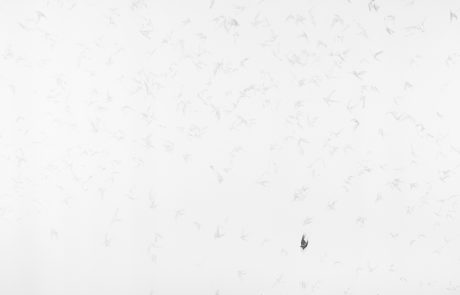 W H I T E F L I G H T is a multi-media installation that explores parallel forms of movement and migration resulting from climate crisis, authoritarianism, racism, and ethnic and religious persecution. Using the metaphor of a recent mass die-off of migratory birds in the Southwest U.S., the project illuminates the disparities inherent in human migration and climate gentrification. In crisis, who must leave and why? What is the story of that travel from origin to present state? What are the systems of motion and landing? What are the effects of violence against people, place, flora and fauna and how do the reactions bear resemblance? This project examines the interrelated and intersectional impact of these issues on home and place, both past and present.

In the installation, an animated charcoal drawing of a flock of migratory birds aloft in flight is projected across the white walls of an enclosed space. Periodically, at random, a bird abruptly falls out of the picture plane, while others soar beyond the frame above. A second animated charcoal drawing, of intermittent detail scenes of rising floodwater and blazing wildfire, is projected within the larger animation. The animations are rendered using collected wildfire charcoal, and as single-page drawings the frames show the marks and erasures of the drawing process. The floor of the installation is covered in a fine layer of wildfire ash, collected from flood washes. A boardwalk of charred planks enables the viewer to enter the space. Several found deceased birds, dried and coated in wildfire ash, are suspended within the installation. The accompanying soundscape is comprised of sonic samples, earth material sources, field recordings, oral history and compositional elements, and relates to the conceptual themes of the visual components of the work. The audio mix is informed by continuing and interrupted migration paths of birds and humans, incorporating ideas of sonic destruction and silence.

Amongst the dire events of 2020 was a mysterious and unprecedented die-off of migratory birds across the Southwest U.S., with hundreds of thousands of birds found dead during September. The mass mortalities are attributed to historic wildfires during the same time that eradicated significant portions of the western U.S. landscape, and disrupted bird migration by causing birds to leave an area before they had replenished their fuel reserves.

Concurrently, Black Lives Matter demonstrations were sweeping the nation, in protest of the brutal murder of George Floyd by police officers in Minneapolis, along with the many Black lives lost to police misconduct in recent years. Meanwhile, COVID-19 was taking a disproportional toll on Black, Latino and Indigenous populations in the U.S. as a result of a continual national health disparity. These events coincided with the presidential election campaign of 2020, where critical issues of climate crisis and human rights were trivialized, if not altogether decimated, in the final months of Trump’s presidency. All of which concurred with the Western States Center’s Common Good program, which immersed artists Julie Comnick and Rebecca Gates, alongside a cohort of creative practitioners, in an intensive curriculum on the intersection of Racism, Anti-Semitism, and Democracy.

The forests continued to burn, sea levels continued to rise, and the pandemic continued to unfold. Racial violence proliferated, religious persecution flourished, and democracy teetered. And people migrated, those who could. W H I T E F L I G H T emerged out of this convergence of circumstances, particularly in response to the notion of forced exit from home. Involuntary migration, whether a result of antisemitism, ethnic cleansing, feudalism, or climate change, is all human caused. How does trauma travel? In exile, who is displaced, and who gets left behind?

In terms of art and allegory, instead of working in tropes, how do we introduce ideas of harm from, and insight into, racism and antisemitism? Using the vocabulary of bird deaths and decimation of flora and fauna, of measurable impact on wildlife and forests, offers a new system of insight into actions having impact, cause and effect, and for understanding the interrelation and mapping of similar migrations. When we look to wildlife’s response to environmental destruction, what does it reflect about our human role and moral choices in climate injustice? How fleeting is resiliency? And what inequities do we condone to ensure our reserves?