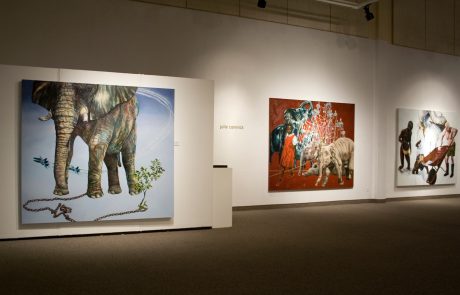 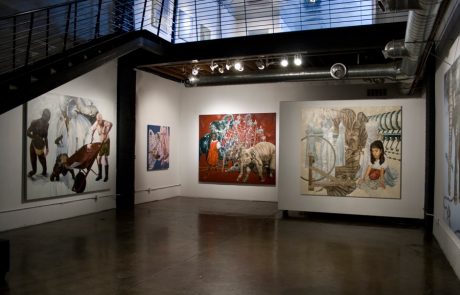 Prospect explores the role of the exotic in contemporary Western culture. When a subject–artifact, animal, or human–is sought for rarity or uniqueness, we expect it to retain the desired characteristics of otherness that make it distinct. Revealing the stigma behind the extraordinary, Prospect asks the viewer to consider how the concept of the exotic hinders genuine cultural integration in Western society.

The origins of the exotic are rooted in institutions that differentiate exceptional animals from the mundane: wildlife menageries, safaris, gaming parks and circuses. Historically, as an animal became identified as exotic, its peculiarities became desirable. As the animal entered the domain of the menagerie, its value depended on its scarcity. Mirrored in contemporary culture, we see the practices of the menagerie in various industries that fetishize the foreign: the textile industry, the gem trade, and exhibition entertainment, for example, are often discriminating practices masked as exotic.

Prospect aims to expose our reliance on peculiarity, asks viewers to consider how the allure of the exotic hinders genuine cultural integration, and draws attention to the subjugation of the ‘other.’

This project was awarded an Artist Project Grant from the Arizona Commission on the Arts in 2007.